February 23rd was the International Open Data day. And all over the world, groups gathered to work together on LocalWiki projects.  Here’s a few of their stories: 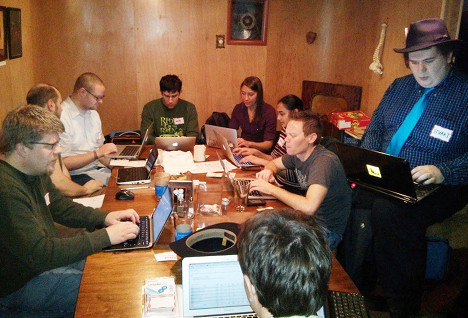 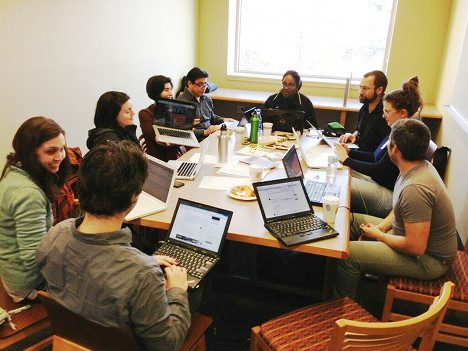 For Open Data Day, Oakland LocalWiki had an editathon in conjunction with the Open Oakland Code for America Brigade at the 81st Avenue Library. The theme of the editathon was “#oakmtg” which is the hashtag used by those who livetweet Oakland City Council meetings. As part of this theme, they worked on content relating to all things civic -- City Council (people and meetings), city policies, and access to resources and services. Content added included a complete list of past City Council members, free computer access in Oakland, unemployment insurance and job-seeking advice, resources at local libraries, Oakland Fire Department locations, and more. 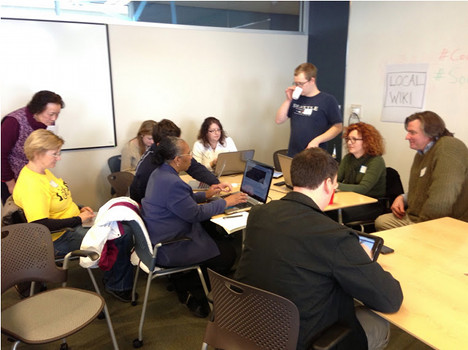 Code for America fellows in South Bend, Indiana set up a South Bend LocalWiki for their event which 80 people attended. Populating the South Bend Wiki was one of several activity or project options for the day. It proved to be quite popular-- 15 users created more than 110 pages with more than 300 edits! The initial content focused largely around neighborhoods, biking, and local amenities like restaurants and live music venues. Since the event, a number of users have continued adding to and editing LocalWiki and at a community meeting last night one of the contributors told us that she's recruiting a relative who works with high school students to populate LocalWiki with additional information as part of a class. 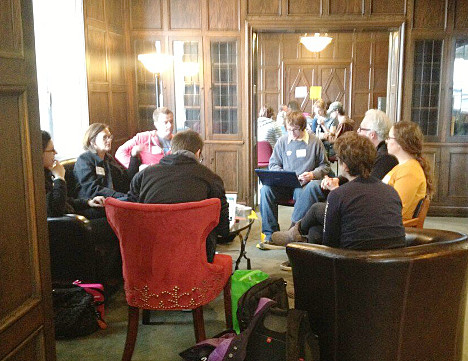 On a Saturday morning, Summit County Councilmembers, lawyers, ecologists, data scientists, designers and developers gathered to celebrate what we love about where we live. We documented the special parts of this community in our culture’s favored medium: open-source software. More specifically, they captured the best of the community’s remarkable parks, its neighborhoods and destinations, and even the “Weird and Wacky” in the new Summit LocalWiki. 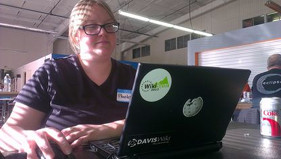 Sacramento LocalWiki editing was on the menu during Sacramento’s International Open Data Day hackathon. Phoebe Ayers from nearby Davis Wiki gave a demo on editing LocalWiki, and the group settled in to collaboratively redesign and update the main page. Participants also updated and added to several articles, and as a demo, created a new article about the space they were in.

By the end of the event everyone agreed to stay in touch via a new Sac Wiki google group. Participants discussed the possibility of meetups and working with other Sacramento community groups such as local collaborative media and neighborhood associations to breathe more energy into the project. 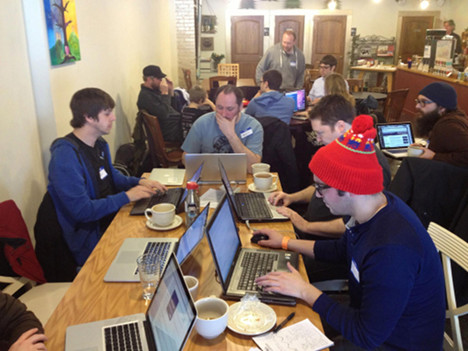 The Grand Raids LocalWiki group, viget.org, held a a writeathon at local Story Cafe.  During the event over 330 changes were made to over 100 pages.  The Viget team even put together this awesome flyer to advertise their event: 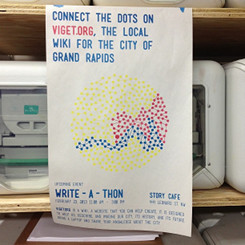 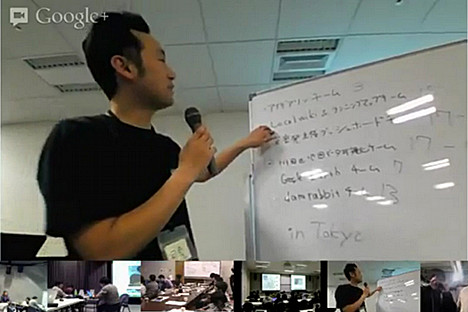 Folks in the Tokyo area of Japan worked on LocalWiki Japan.  They worked to share the beautiful and unique things about the regions of Chiyoda and Fujisawa. 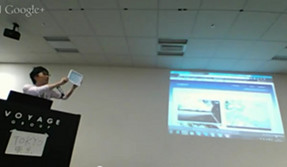